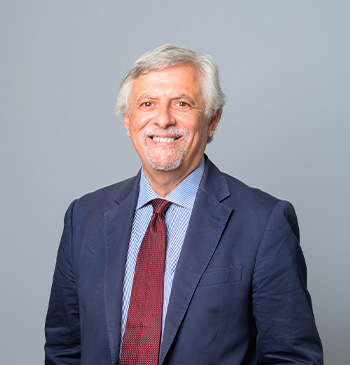 Since 1980 he has carried out classroom and field training activities at ANCIFAP, Team Genova

Later from 1985 to 1987 he became Head of Functions for the selection, training and development of personnel at Acna Chimica Organica Spa. Following, in particular, the organizational development project for the complete turn around of the company

In 1988 he was hired as manager in charge of the Human Resources Department at GFT Spa Turin, both for the production plants in Italy and for the commercial branches abroad in France, the United Kingdom, Spain and the Netherlands

From 1992 to 1994 he became Human Resources Director at the Fata European Group Spa of the Finmeccanica group. In order to make the group competitive on the market, Occidente managed important and complex reorganization projects both in Italy and in Europe and followed the acquisition of a production plant in Poland

Following this experience, he was hired as Human Resources Director of Globalss ExpressItaly, and later as Head of the TNT Logistics Department, not only in Italy but in all of Southern Europe and South America. During this period, he managed over 100 acquisition and merger projects of logistics companies between Italy, Europe and South America with strong union implications, always aimed at dialogue and consultation, concretizing the objectives of a very low conflict of the parties

Since 2005 he becomes Head of Personnel in the Center Area (Lazio, Abruzzo and Sardinia) at the Italian Post Office.Managing around 27,000 resources, including counter staff and distribution. Taking control of all staff functions from training, pay rolls, recruitment and selection, union relations, coordination, development etc

Since 2014 he has held the position of Human Resources Director at ELPE, Logistics and Transport Company